Saffron, red gold, gold of La Mancha. An ancestral crop that in other times was so deeply rooted, so widespread, that it became a way of life in many of our villages.

The cultivation of saffron in its traditional form is very unique, it requires the collaboration of family, friends and neighbours, encouraging conversation and human relationships. During the harvesting and harvesting season, the landscape turns violet and the deep and intense aroma of freshly roasted saffron invades every corner. In the «days of manto» (days of maximum flowering), the hustle and bustle of people is vertiginous. The saffron rose is a very delicate flower that should be picked on the same day and, if possible, first thing in the morning, when it is cooler, because when the temperature rises the flowers open up and become entangled with each other and with the esparto grass (1), making the work of picking them much slower and more complicated. As a popular song says:

The ‘monda’ (2 ) should also be done on the day of harvesting because the saffron rose deteriorates very quickly; by the following morning it is practically withered. In such a time pressure, any help (‘echar la pata’) is welcome.

The «monda» is a meeting point and a place for gatherings around the table. Without stopping wiggling their yellowish blue fingers, people tell each other the latest village gossip and the jokes, stories and tales they have heard from their ancestors and which are passed down from generation to generation to the little ones, who, without stopping running around, don’t miss a single detail of what the elders are saying.

My girlfriend is in a rose garden
with Manuela la Poyata
tonight, God willing
I have to go and kick the bucket

After the monda, once the saffron has been cleaned, it is necessary to toast it. Put a thin layer of saffron in a sieve and place it in a toaster. It is left on a low heat until it is toasted; sufficiently dehydrated to last a long time without spoiling, but just right so that it does not lose any of its aroma, colour or flavour.

A world of artisan growers where the mastery, the customs and the personal touch in roasting are passed down from father to son. A world of objects: sieves, roasting tongs, baskets, Roman baskets (3) … .  World of weights and measures; block, bushel, pound, pound, ounce. . .

One of the last strongholds where you can still observe the ritual of this crop in its most traditional form and smell the aroma of the freshly picked rose and freshly roasted saffron is in Minaya, in the province of Albacete, a place where the quality of its saffron is internationally recognised. 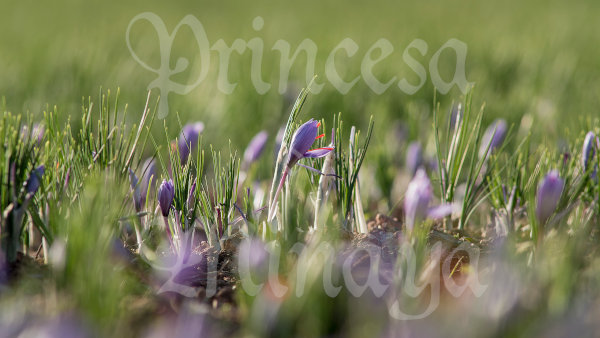 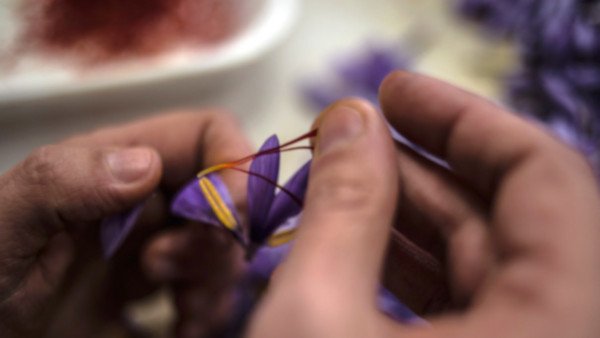 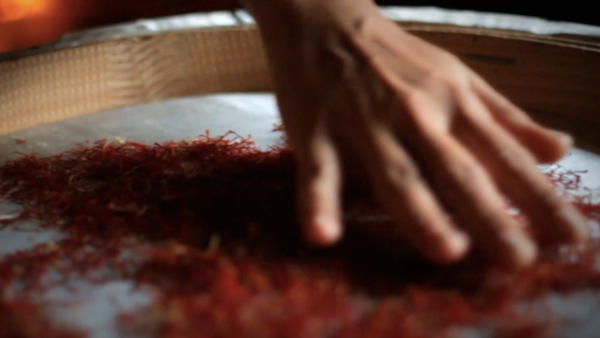